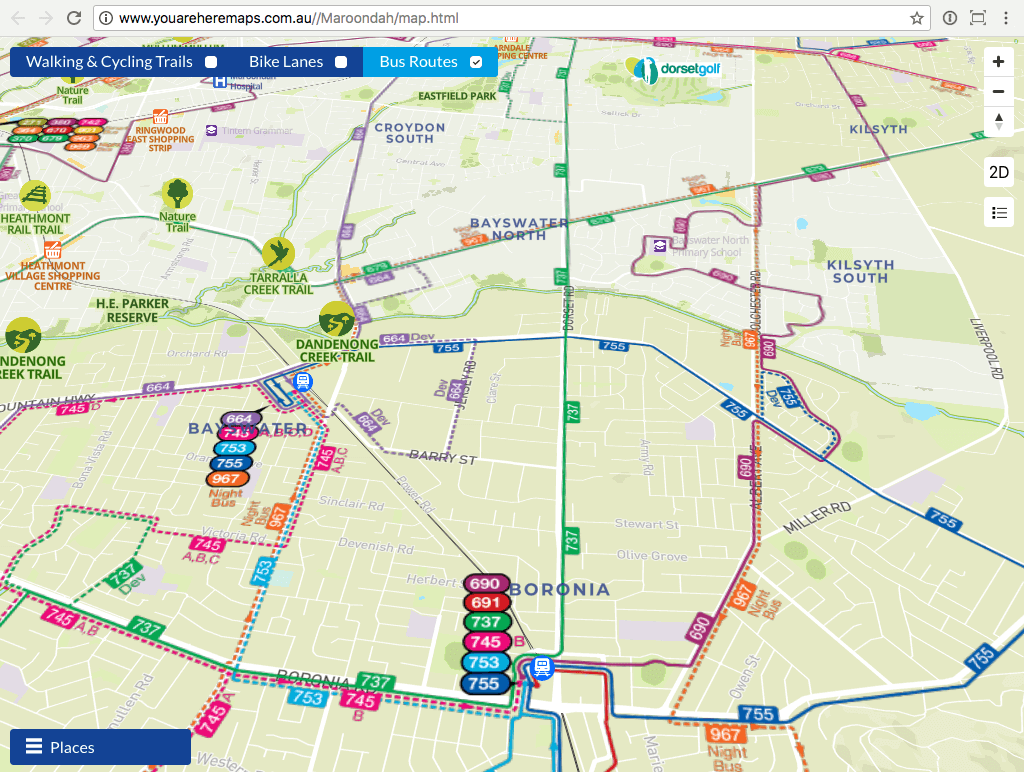 Visualvoice has developed an interactive community map with GIS integration for the City of Maroondah, available on councils website. The map allows residents to identify and locate everything from family services, sports facilities, parks and playgrounds to on road bike lanes, shared paths and bus routes, making it easy to explore what’s available and where in the area.

Promotion of sustainable transport options plays an important role in increasing patronage. It is often difficult to find a map which displays such options in relation to community destinations. The aim of having the bus routes interactive option on the map was to clearly and precisely illustrate the connections between the entire LGA bus routes network and the major trip generator destinations such as shopping strips, transport hubs and schools.

The bus routes network (including night buses) is quickly displayed when selected from the menu. All routes appear at the same time allowing the user to understand the connections between them.

Each route is boldly shown in its own colour and the bus route number symbol clearly displayed along its length. Directional arrows show the one way routes. As the user zooms in further all street names appear, helping users orientation and understanding. The terminus of each route is shown using the same bus number symbol and colour but with a black outline to help identify it easily.

[]
1 Step 1
Previous
Next
powered by FormCraft

What people are saying